Armand Mastroianni has been directing feature films, mini-series, movies of the week, TV pilots and episodic series since 1979, beginning with his first feature film He Knows You're Alone, which was released by MGM in 1980 and featured the screen debut of Tom Hanks. That led to a string of features including The Clairvoyant (developed with William Friedkin), The Supernaturals, Distortions, Cameron's Closet and Double Revenge. In between shooting feature films,

In October 2008 Mastroianni formed a production company, Silver Screen Pictures, with Kyle A. Clark. Their first film under Silver Screen Pictures was Safe Harbor (2008) with Treat Williams and Nancy Travis, followed in January 2009 by Mrs. Smith Goes to Washington starring Cybill Shepherd and in April with Citizen Jane starring Ally Sheedy, Meat Loaf, and Sean Patrick Flannery. Both films directed by Armand were for the Hallmark Channel.

Silver Screen Pictures has produced several movies for various networks including Lifetime Television's Secrets in the Walls, Amish Grace, William and Kate: Inside the Royal Wedding, Carnal Innocence, The Bling Ring, Drew Peterson: Untouchable and We Have Your Husband, Lies in Plain Sight and The Craigslist Killer; Smooch for Hallmark Channel, and The League a comedy pilot for Fox TV's FX.

Ms. Prince is an award-winning producer, author, and musician. Her music video work includes "Ride it Out" winner of the EQQUS Film Festival in New York City and currently a 2019 "Official Selection" at the EQQUS International Film Festival. She is the author of the award-winning novel Scattered Leaves: The Legend of Ghostkiller upon which the Ghostiller screenplay is based.

She is a founder of the non-profit organization Red Road Awareness a non-profit that shares Indigenous culture and history with area youth. Lynny has worked on such films as Nice Guys Sleep Alone and The Legend of the Reno Brothers in various capacities.

On IMDb, Dennis has an impressive 51 producer credits and 33 Production Manager credits. Dennis passed away in January of 2018 unexpectantly. We will dedicate this film to him in honor of his life and his love of this project.

When asked to participate in developing Ghostkiller, Fred jumped at the opportunity to do so. Falling back on his MFA in Theatre and 30 years of entertainment experience, he helped Lynny polish the script into a unique, one of kind screenplay.

Fred has an MFA in Theatrical Production and taught at the Community College level for four years before moving to Southern California to transition from  live theatre and to head up Art Departments for both TV and Feature Films including; What We Do is Secret, Driftwood, Alone With Her, Splinter, The Virgin of Juarez, Big Brother and The Surreal Life. He recently returned to school and acquired Certification as an Associate in Project Management. 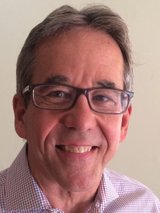 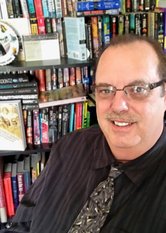 Anne joined the Ghostkiller team in 2018 after assisting with both high and low budget versions of the project. With experience as UPM, Production Supervising, and Production Coordinating she is an excellent addition to the team. Credits include; South of Heaven, West of Hell, Not Forgotten, Powder, Dance with the Devil, Young Guns II, Knight Rider 2000, Ingenious, Red Rock West, and many more. Anne currently teaches “Producing” at the New York Film Academy.

A native of Indiana, Greg has a love of animals, swimming, and music. He has recently taken it upon himself to learn to play the Theremin, much to the dismay of his neighbors.

Jonathan has designed numerous Movie's of the Week, feature films and television projects of various budgets including The Desperate Trail, Mortal Kombat, Beowulf, Highlander Endgame, That Darn Kat and many others. Lately, just prior to Stomp the Yard, Jonathan’s adventures have taken him on three mini-series back to back including Frankenstein in Slovakia.

The multitude of television series Johnathan has worked on as a Production Designer are to numerous to list here. 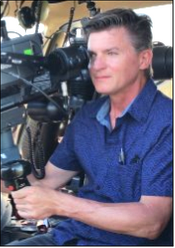 Kent Johnson is a native of Texas, he honed his artistic skills in live theater with a degree in set- design before arriving in Los Angeles to build a 25-year career in Visual Effects. His film credits include Con Air, Stargate, Ali. Keanu, Bastards, Keeping Up With the Joneses, and  Mighty Joe Young.

David Atherton has been working in the entertainment business for nearly 30 years as a Hollywood makeup artist. His feature film credits include the Oscar Awarded Dances with Wolves as Key Makeup Artist, Thunderheart, Tombstone, Face/Off, Ladder  49, Holes and The New World to name a few.

In television he has created the makeup designs for two Lonesome Dove sequels: Streets of Laredo and Dead Man's Walk as well as many other small screen projects including Paramount’s Sci Fi time travel series 7 Days. 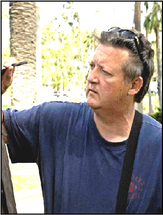 Bill has worked in all asopects of stunts from coordinator to stunts to stunt rigger, His credits are too numerous to list but includes; Castle Falls, Underwater, Silo, Jungle Cruise, Godzilla; King of the Monsters. Logan. Jurassic World, and more….

Adam, an active Screen Actors Guild member since 1987, is currently stunt-coordinating Facebook's first scripted TV series as well as a handful of other projects for TV and Film. One of his greatest achievements to date is having a safety record of zero injuries on any project under his coordination. Credits include; The Sandman, Double Line, Turnt, King, and Pawns. Stunt Performing in such films as  Abraham Lincoln: Vampire Hunter, Brothers, IndependenceDay and many more. 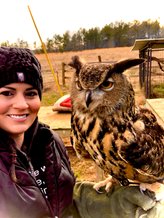 Tracy Ann Oliver was Raised in Santa Barbara, CA. She began training Guide Dogs for the blind at the age of 12. Today, Tracy manages Ants to Elephants and everything in between - including hero cast horses and an A-List team of wranglers, trainers, stunt performers which can also time travel with their authentic 1760-present wagons and vehicles.

Tracy  uses what she calls modern-day affection trainers. "It's training using love, patience, calmness and consistency, with mutual understanding and respect". Credits include: Godzilla; King of Monsters, Get Out, Baywatch (2017), Fantastic Four, Ant Man, Jack Reacher, Annabelle, The Maze Runner and many more.

Production Accountant for a independent film shot locally in the Louisville, Kentucky area.

Responsible to tracking all expenses via a custom built Excel spreadsheet.
Maintained detailed tracking of those expenses that would qualify for the Kentucky Film Tax Credit. 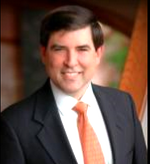 She attended Denison University for her undergraduate degree, where she attained a Bachelor of Arts in Communication and English Literature, with a concentration in Organizational Studies in 2009.

She has 10+ years in production with 15 distributed feature films. She is skilled in budgeting, breakdowns, scheduling, crewing, and writing. She’s managed projects, logistics, and details in all stages of production from development through distribution  Her credits include: Altar Egos, Trust Fund, War Room, One; The Woodlawn Study, The End of Me and more.